Brother XII was born Edward Arthur Wilson on July 25, 1878 in Birmingham, England, and was raised in an atmosphere of strict religious devotion. His parents were followers of Edward Irving, the charismatic Scottish preacher who predicted Christ’s return to Earth within the lifetime of his followers. Wilson claimed to be in touch from childhood with supernatural beings: “At first I thought that these were ‘Angels,’ but as I grew older and received teaching, I learned of the Masters and Their work for humanity.”

Wilson apprenticed on a Royal Navy windjammer training ship, eventually becoming a navigator and sea captain. Typical of a Western magus, he spent years wandering the world, immersing himself in the study of metaphysics and Eastern religions as he prepared for a special occult mission, though he claimed not to know its specific nature or when it would begin.

In the spring of 1926, following a remarkable Egyptian epiphany in the south of France, Wilson began to communicate with a disembodied entity that identified itself as one of the twelve Masters in the Great White Lodge. Since Wilson was the chela or disciple of this twelfth Master, he took the name Brother XII.

Writing in trance for extended periods of time, Wilson produced the teachings upon which the new spiritual movement would be based. He quickly recruited followers in England and the United States and in the spring of 1927 established a settlement in British Columbia, claiming that it would become “THE center of spiritual energy and knowledge for the whole continent of North America—for the whole world in the not distant future.” In his book The Three Truths, he proclaimed: 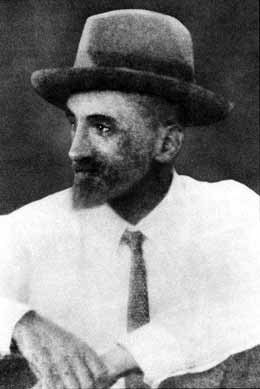