“How can a man so false in life be counted upon in death?” veteran reporter Bruce McKelvie asked when discussing the ambiguities surrounding the alleged death of Brother XII in Switzerland in 1934. Had the prophet faked his death to escape process servers? Was he the radiant figure in white seen on a ship in San Francisco two years later? What to make of the subsequent sightings over the years? Like history’s other elusives, the story of Brother XII’s final days has yet to be told.

Scholars view Brother XII as the prototypical cult leader, his group anticipating the new religious movements of the latter half of the 20th-century. Though many occult figures such as Aleister Crowley, Rudolf Steiner, G.I. Gurdjieff and H.P. Blavatsky may be better known, none have had a life as dramatic, intriguing and mysterious as Brother XII.

The bizarre saga of Brother XII has spawned a flood of newspaper and magazine articles over the years. Some embellished the story needlessly; others exaggerated Wilson’s reputation as a prodigious sexual profligate. Pulp magazines like True and Wide World have published elaborate accounts of his misdeeds, while artists have delved into the mystery in a variety of media. A Brother XII opera has even explored the dramatic and mystical dimensions of the story. The Brother XII phenomenon shows no signs of abating; its mythic protagonist is remembered by history, but in a way he would probably never have anticipated. 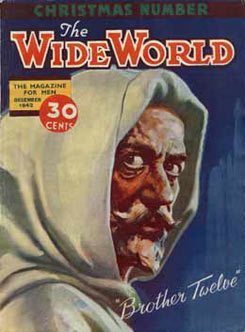