Brother XII’s teachings found expression in numerous titles, most notably The Three Truths, Foundation Letters and Teachings and Unsigned Letters from an Elder Brother, writings that articulate timeless spiritual truths in language that is profound and beautiful. His books indicate that Wilson had experienced the realms of transcendent consciousness of which he so often spoke. Ironically, he forbade some of his disciples from reading, since he considered the mind to be one of the greatest impediments to enlightenment. 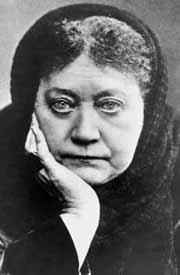 Brother XII claimed to be carrying forward the work of Russian mystic and occultist Madame H.P. Blavatsky, one of the founders of the Theosophical Society, the organization that introduced Eastern spiritual teachings to the West and laid the groundwork for the contemporary New Age movement.

Brother XII was a man of formidable intellect whose erudition was undoubtedly immense. He claimed to write not for the mind, but the soul, and said that only those with a developed inner nature and a past-life link with the Work would be able to read his writings with understanding. His words possess an uncanny power, so much so that one woman associated with his group refused to let her curious daughter read his books, since she was afraid that the words alone would cause the girl to fall under Brother XII’s spell.